Emilia Clarke is tossing and turning at night over filming her final scenes for hit show Game of Thrones.

The British beauty and her co-stars are getting ready to wave goodbye to the award-winning TV series, which is based on George R.R. Martin’s best-selling book series.

Having played the part of Daenerys Targaryen since it first aired in 2011, Emilia can’t help but feel pressure to deliver as she prepares to shoot her last ever scenes.

„Oh God, I get sleepless nights over it,“ she told Elle Australia. „‚Oh, you’re gonna mess it up. It’s the last season, and it’s going to go wrong.’ My mates are like, ‘It’s you – you (and Daenerys) are one and the same now. You need to trust your instincts!’ And I’m like, ‘No, I’ve got to do more research!'“

She also pointed out that the higher expectations are, the „bigger the fall“ if things were to go wrong. Further admitting her nerves, she added, „I don’t want to disappoint anyone, basically.”

Emilia, 30, has frequently bared her body on camera for her role as the ‚Mother of Dragons‘, filming plenty of scenes without a single piece of clothing on.

One particular moment from 2014, when Daenerys demanded Michiel Huisman’s Daario Naharis strip off, has proved a favorite for her, especially as the show received criticism for its extreme amount of nudity during the earlier years.

“‘Take off your clothes,’” she quoted. “It’s brilliant. I actually went up to (writers David Benioff and D. B. Weiss) and thanked them. I was like, ‘That’s a scene I’ve been waiting for!’ Because I get a lot of crap for having done nude scenes and sex scenes. That, in itself, is so anti-feminist. Women hating on other women is just the problem. That’s upsetting, so it’s kind of wonderful to have a scene where I was like, ‘There you go!’”

James Ivory: Scharfe Kritik an 'Call Me By Your Name' 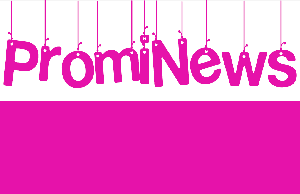